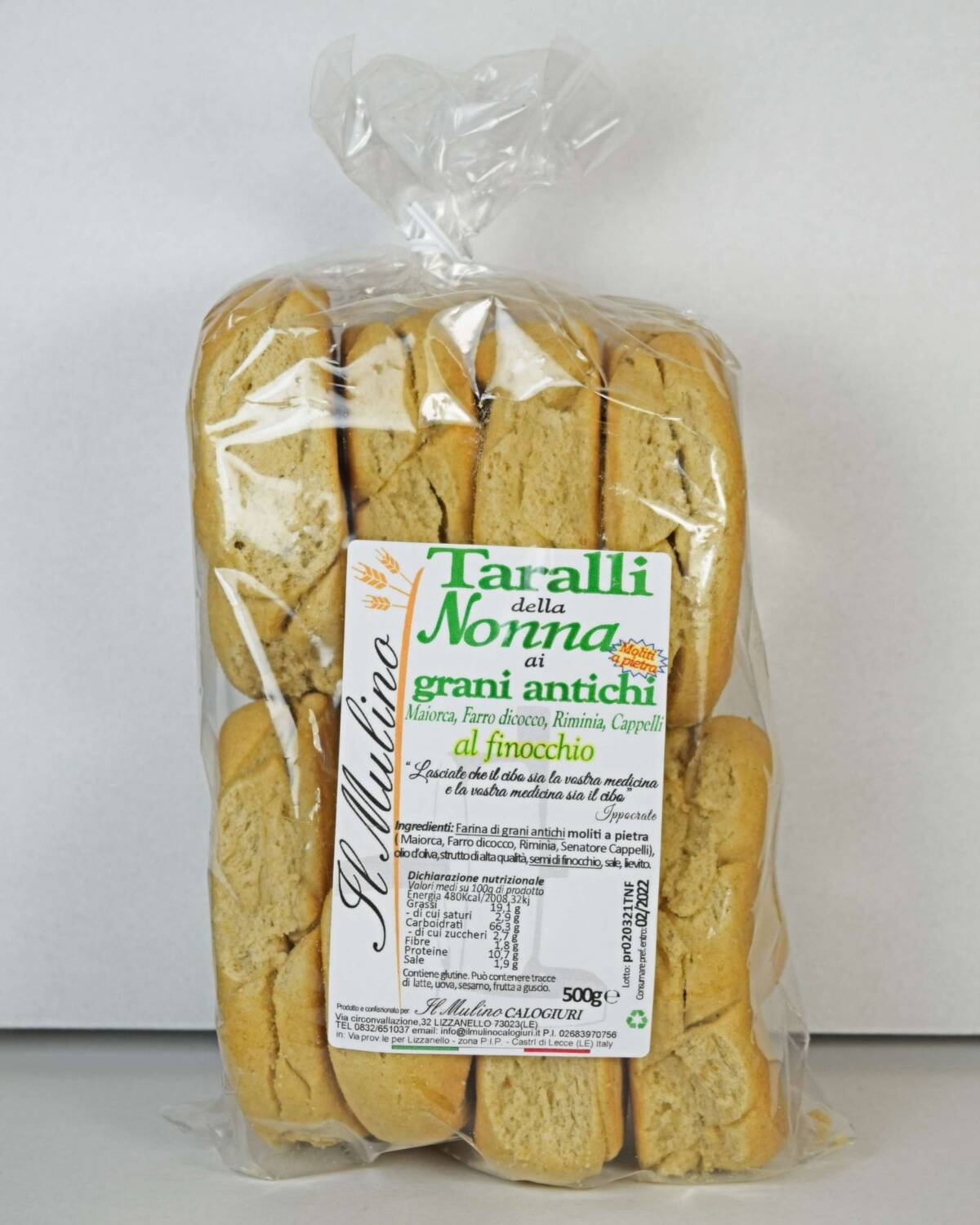 These taralli with fennel seeds, locally handmade with a flour of ancient Salento grains, such as Senatore Cappelli, Farro dicocco, Riminia, Mallorca, have a rustic taste.

They will bring you back to the simple snacks of the past in sunny summer afternoons.

Join the waitlist to be emailed when this product becomes available

Ancient Grains Taralli with fennel are made up according to tradition, using a flour obtained from the mixture of ancient Salento cereals, such as the Senatore Cappelli, Farro dicocco, Riminia, Maiorca varieties.

Season these taralli as you prefer, the full and rustic taste is ensured by the stone milling of the flour.

Here is a product locally made in Salento. 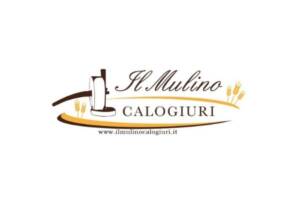 This is an historic company rooted in the area, it was born as an artisan mill in 1960 thanks to the intuition and entrepreneurial spirit of its founder Giuseppe Calogiuri, born in 1928.

Giuseppe, of humble peasant origins, finds himself fighting that little-told war of those who remained in the countryside between old people and children; only the foresight and desire to do will lead him to create what will become a family tradition, a tradition that has reached its third generation with the same identical principles: dedication to work and commercial fairness.

The company deals with the production and sale of flours and organic products, the production of pasta with traditional wheat (Senatore Cappelli), wholemeal and healthy flours (tritordeum), as well as the marketing of cereals and typical products, with an eye for high quality. 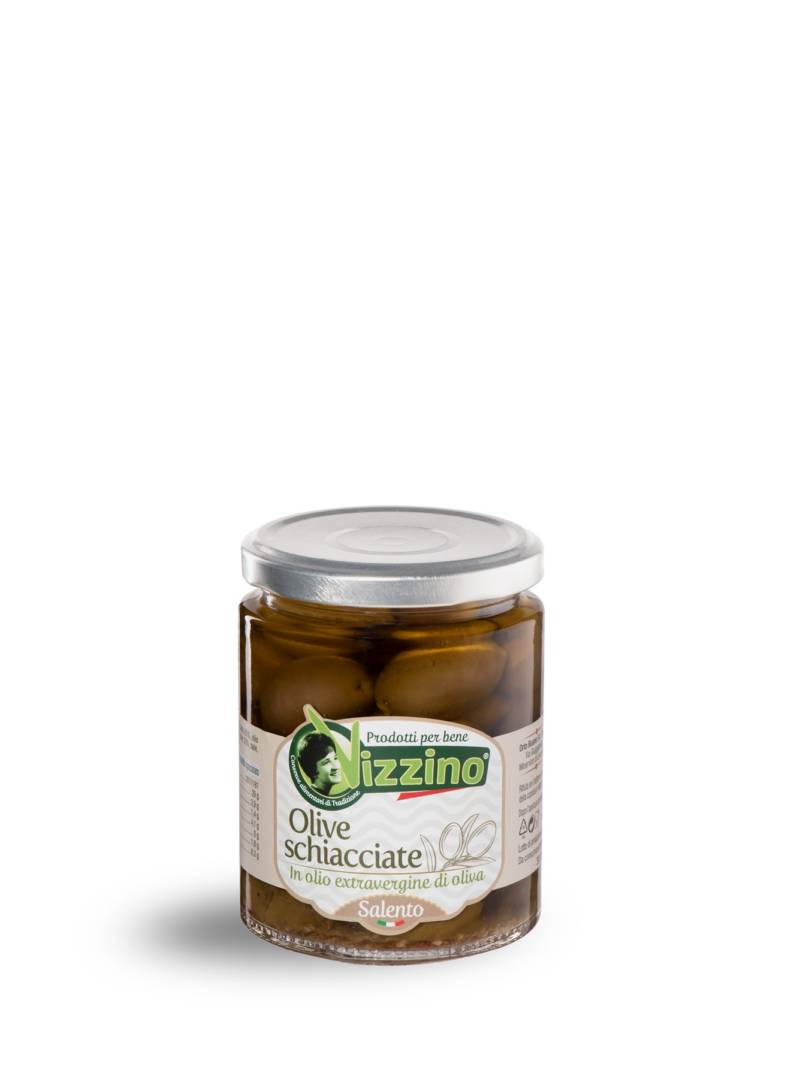 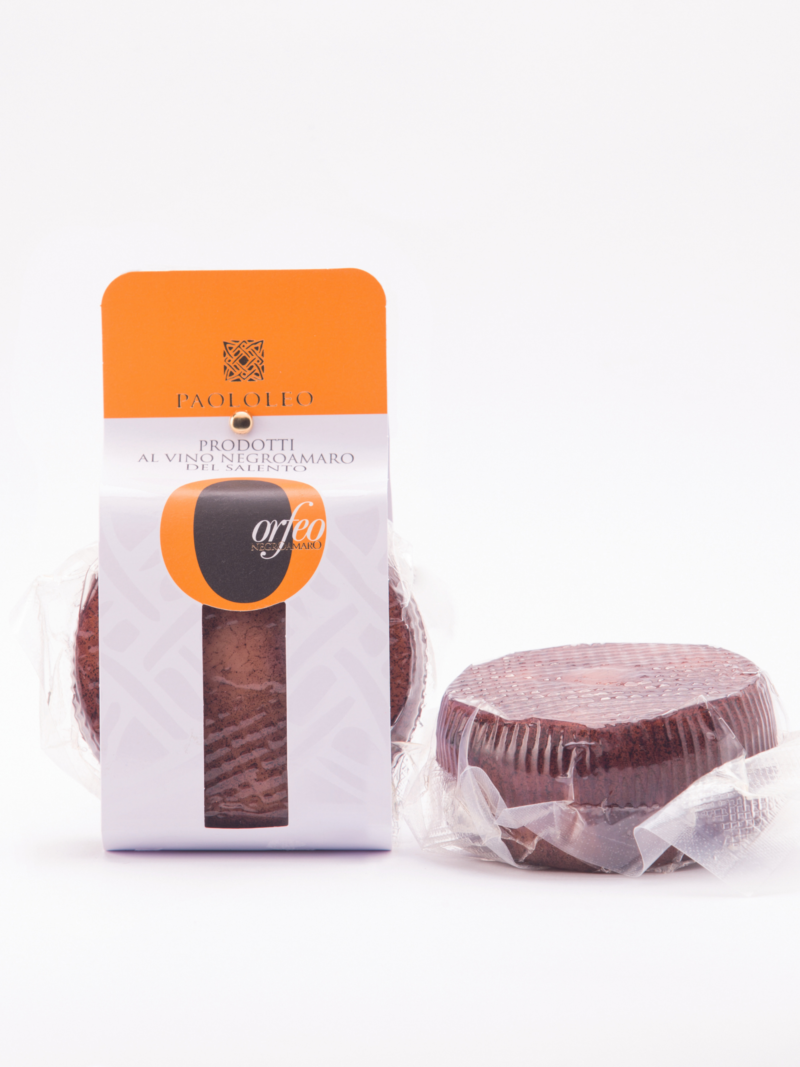 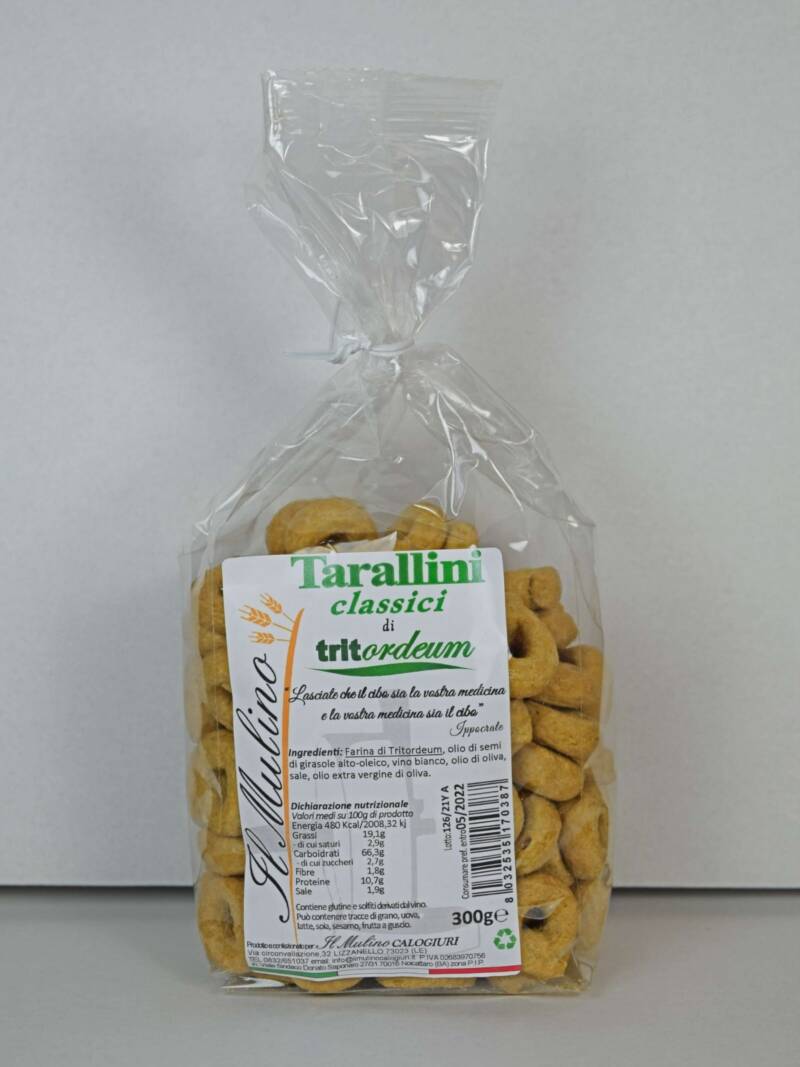 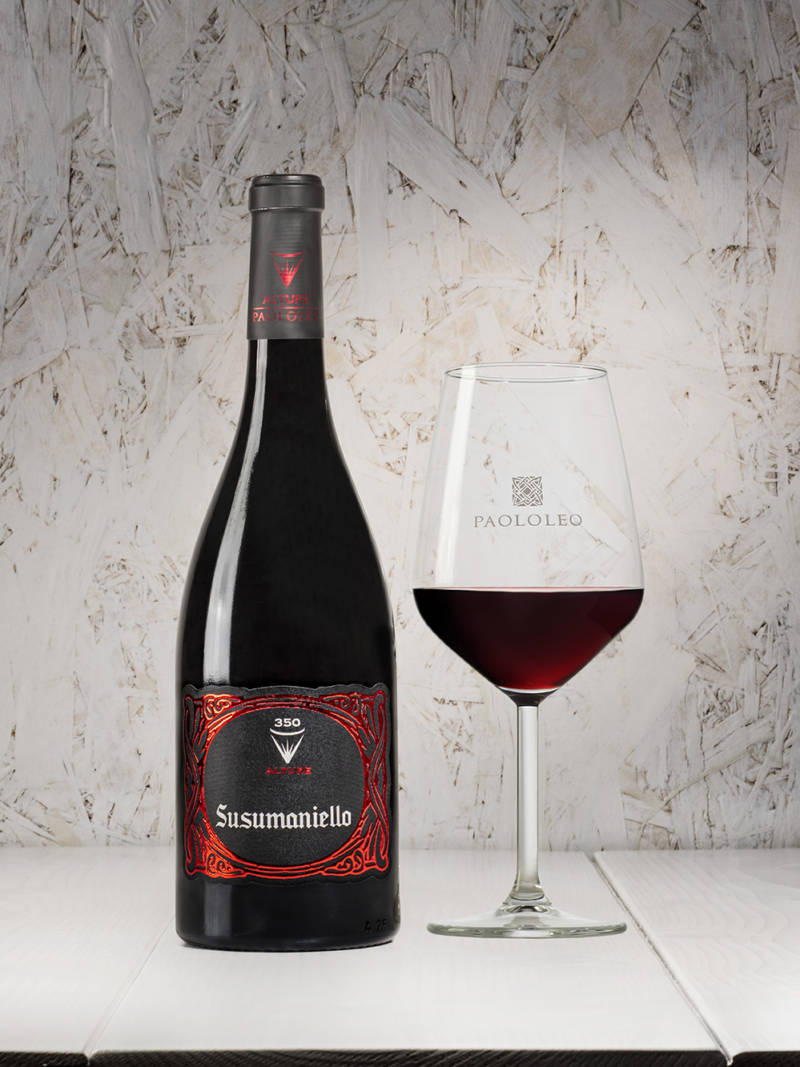